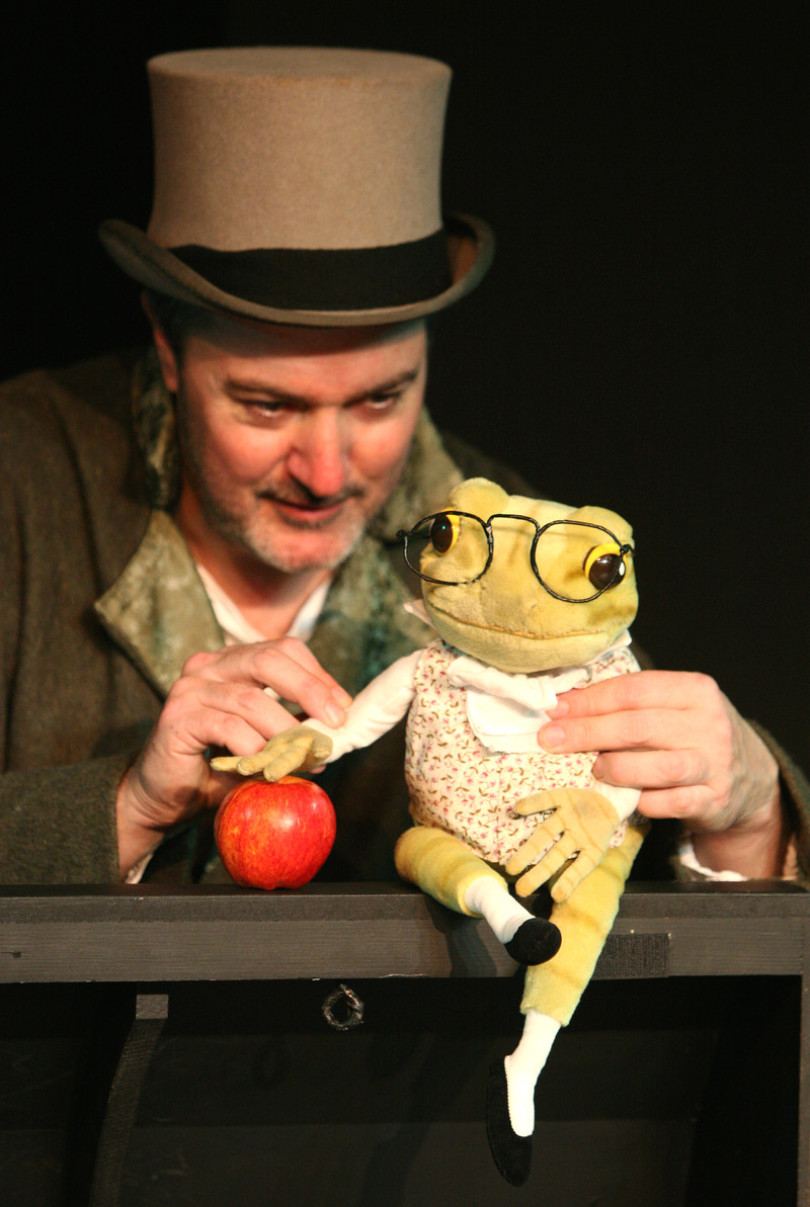 Commissioned by Farnham Maltings in Surrey and funded by The Arts Council of England:

Fresh from the previous touring success of MESSAGE IN A BOTTLE and already crowned 'the Tim Burton of children’s theatre', A GRIMM WORLD was the second 'show for a younger audience' and told the story of Jacob and Wilhelm Grimm who found themselves on the run from home, trying to get their horde of collected stories to their publisher before the French army captured them and their precious 'treasure' contained within an oversized chest that the brothers held onto for dear life all through the show!

Meeting characters from the stories themselves who helped – or hindered them  - along their way, it was a classic 'race against time' story with inept French soldiers, various representatives from well-loved Grimm tales such as a six-foot dwarf from 'Snow White', a werewolf-landlord at the Inn, and a re-telling of 'Red Riding Hood' told in miniature on top of the treasure chest itself using a walnut, a loaf of bread, a tomato and, of course, one floret of broccoli to represent an entire forest! Very good fun, pretty silly and hugely enjoyable to perform!

Great fun, it was made-to-measure, fairly large and had two false sides (as well as the obvious lid) so could be used in several different formats to represent towers, doors in trees, a witch's house and an oven!

Initially designed to do all the above, the carpenter who made it omitted to actually include one of the false panels, so there was a delay in collecting it while he basically knocked out one side, made it into a panel and replaced it -  improvisation...we love that in theatre!

Co-created by GR, Robin Guiver and Alan Riley from an idea by GR.

‘A Grimm World’ is suitable for ages 7+

As one reviewer put it -"Both enchanting and funny... with a dash of darkness!"