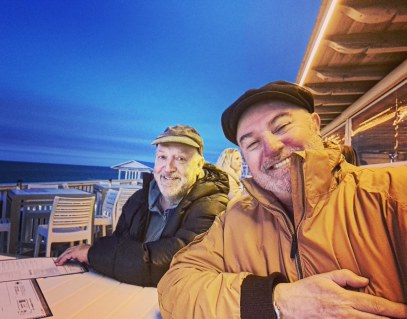 In January 2023 we've resumed our link with Seaside, Florida (USA) with a 4-week visit, in part to create a new show comissioned by The Rep Theater - a new 'take' on Mary Shelley's classic 'Frankenstein' - and returning yet AGAIN in September/October 2023 with a heavier performance season. Watch this space!

(Pic above in Seaside- GR [right] and Nicholas Collett)

Otherwise, Australia at present in February in Adelaide, and UK touring is slowly getting some sort of return...

In the latter part of 2016 - October/November - a 3-week season in The Rep Theater, Seaside, in Florida, took place, as a result of the R&D in January 2016 made possible through a grant from USA-based organisation 'Escape to Create' which supports Artists each year specifically to allow them time out to focus on new projects.

Gavin was accompanied by Nicholas Collet ('Spitfire Solo' and 'Nelson - The Sailor's' Story [both directed by Gavin]) and Nicholas presented his own solo 'Your Bard', celebrating the 400th anniversary of Shakespeare's birth, also directed by GR.

The other two shows in the season were 'Bond' and 'The Six-Sided Man'.

Oh - and if Gavin's photos here of Seaside look vaguely familiar it's where they shot 'The Truman Show'. Clean-looking isn't it!

More news as and when we have any! 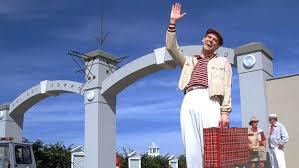 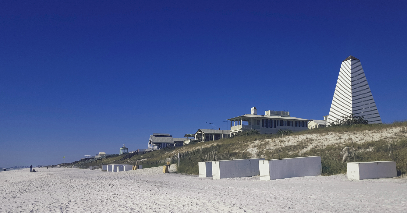