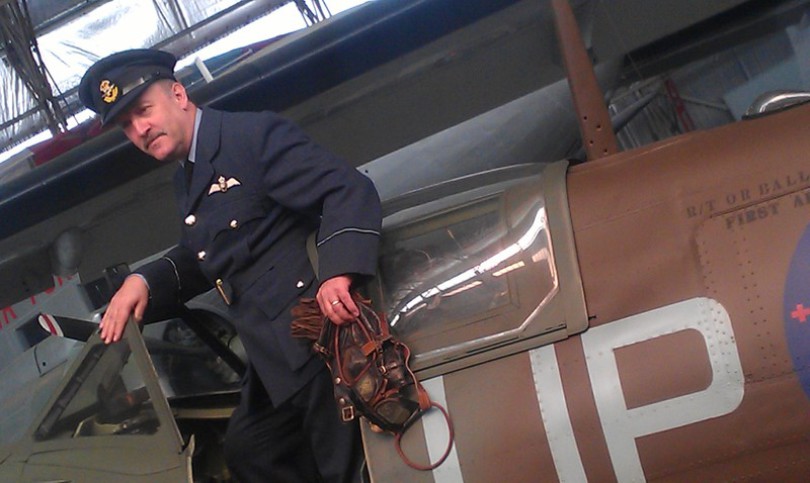 Written and Performed by Nicholas Collett.

Created in 2011, and launched in Adelaide, Australia in 2012, one of the shows Gavin has helped create in his career...

It is June of the new Millennium. For eighty-year old Peter Walker, ex-Battle of Britain pilot, an unexpected new challenge is about to begin. From the comfort of the Silver Birches Retirement Home, he must once again find the resilience, determination and strength to do what must be done.

As he re-lives past glories, losses, wartime experiences, family memories and the heady days of blue skies and battles, he searches for the answer to the biggest question so far!

Personal, charming, funny and inventive, 'Spitfire Solo' is one man's battle for survival - the second time around.

Blending theatre, music and film in this multi-layered and textured production, Nicholas Collett plays a multitude of characters and recreates the Battle of Britain - onstage!

"Grabbed the controls on our imagination" Barefoot Review

"Touching" Rip It Up

"What is the endless fascination for WWII? Why does it compel, nearly seventy years later? Something about it stirs the soul, even one such as the present which was not around until a quarter of a century after. And yet, something keeps drawing one back. Nicholas Collett's one-man show sweeps one right into the thick of that world, and one cannot help but follow along.

Collett (who also wrote the show) plays Peter Walker, ex-RAF, veteran of the Battle of Britain. Now comfortably retired, he relaxes in his new home, reminiscing on the days of the war. He takes us back and forth between the present and the past, taking us through training, and flying, meeting the woman who would become his wife. The war drags on, battles are won and lost, victory comes. But for Mister Walker, there is another battle that is just beginning.

Mr. Collett does an excellent job, swinging us from scene to scene, playing all the characters out for us. Not only does he provide a compelling look at one of the pivotal moments of the war, but he also tells a very human story, about a man who has problems of his own that haven't been resolved for decades. It is a strong performance, and stirring, with just the right amount of video and music to help without getting in the way.

On a side note, "Spitfire" is performing at the Metropolitan Ensemble Theatre, also home to "Woodbine Willie", which is about WWI. And this reviewer can tell you, they make a very thought-provoking double bill indeed."