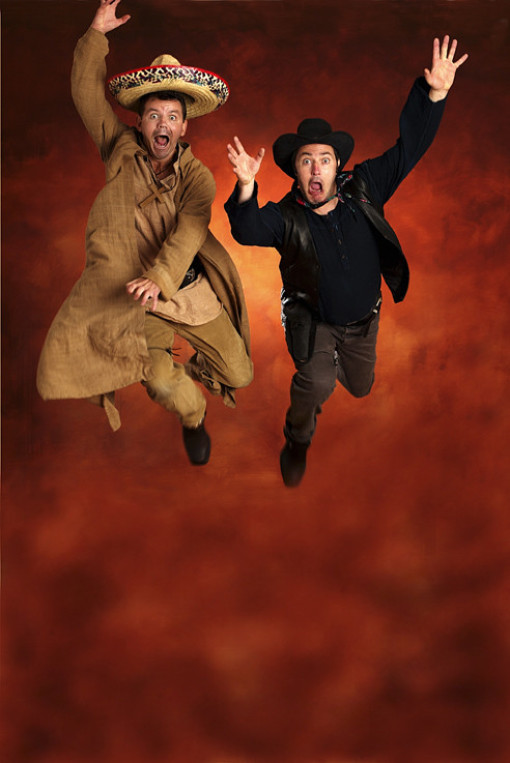 'SPITTOON' was a parody and homage to 'The Western' in all its forms, bringing together the spaghetti versions of Sergio Leone as well as classic John Wayne and John Ford material in one production. 'All The West In One' - as the publicity stated! This opened in Autumn 2000 and toured the UK three times plus Holland, Ireland, Belgium and the USA …

Good ole' American Sheriff Jim Daggart chases the mean black-hatted baddie, who in turn is after Mexican bandit Tico and the enigmatic Stranger. All of them are after the loot buried in a graveyard and are all played by Gavin Robertson and Wayne Forester and a lot of hats! Oh - and so are the horses, the saloons, the desert and 'Laddie' the invisible dog! Also features sound effects as you've never heard before - every one created with the human voice! Plus a showdown with four characters but only two actors - all acted with tremendous pace and verve. All very silly, frankly!

This show continued the cartoon-style comedy styled by MTP, and continued by CoGR in 'Fantastical Voyage' but added a degree of sophistication with the sound effects all coming from the actors voices, even the recorded ones. Though the physical style of performance wearing radio mics and the accompanying packs made for sometimes irritating stage and costume experiences …

“Like watching a comic strip come to life, complete with sound effects. Drawing all the time on the imagination of the audience the story romps along with great one-liners and mimed sketches that have the audience howling… an inventive, brilliant, amusing and entertaining evening” The Stage 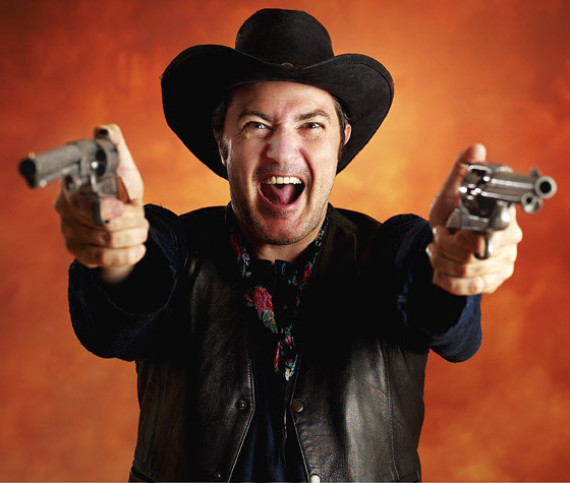